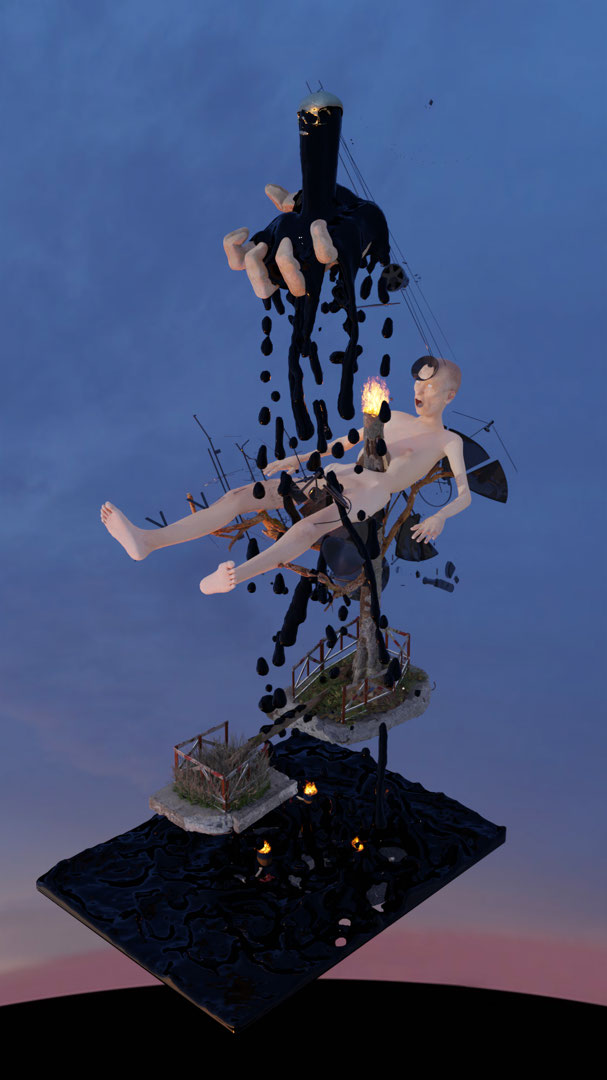 Everyone is Trapped in Someone Else’s Paradise is a video installation of three looped-animations. The animations are made using the open source software Blender with some photoscanned assets from the free Quixel Megascans library.

The animations depict three portraits of a being seemingly stuck in an endless situation beyond their control. These three scenes speak to the timeless impulse to wish for what you don’t have and to blind to what you do have.

Alex Myers is Assistant Professor of Interaction Design in the Department of Computer Science, Design, & Journalism at Creighton University. Often interrogating issues of immersion, affect, violence, and interactivity, Alex’s new media work has been widely exhibited in international venues across North and South America, Europe, and The Middle East. His work has also received numerous grants and awards, including the Provincié Groningen Kunst en Cultuur Prijs in 2009 and 2014; the Electric Objects Artist Grant in 2016; and the “Best Interactive” Award from the Austin Music Video Festival in 2017. In 2011, Myers was selected as one of ten “Artists to Watch” by the Los Angeles Center for
Digital Art. As a visual artist, he explores the use of video game technologies in media art and the critical roles which technologies familiar from mainstream media contexts can play in experimental art practices.