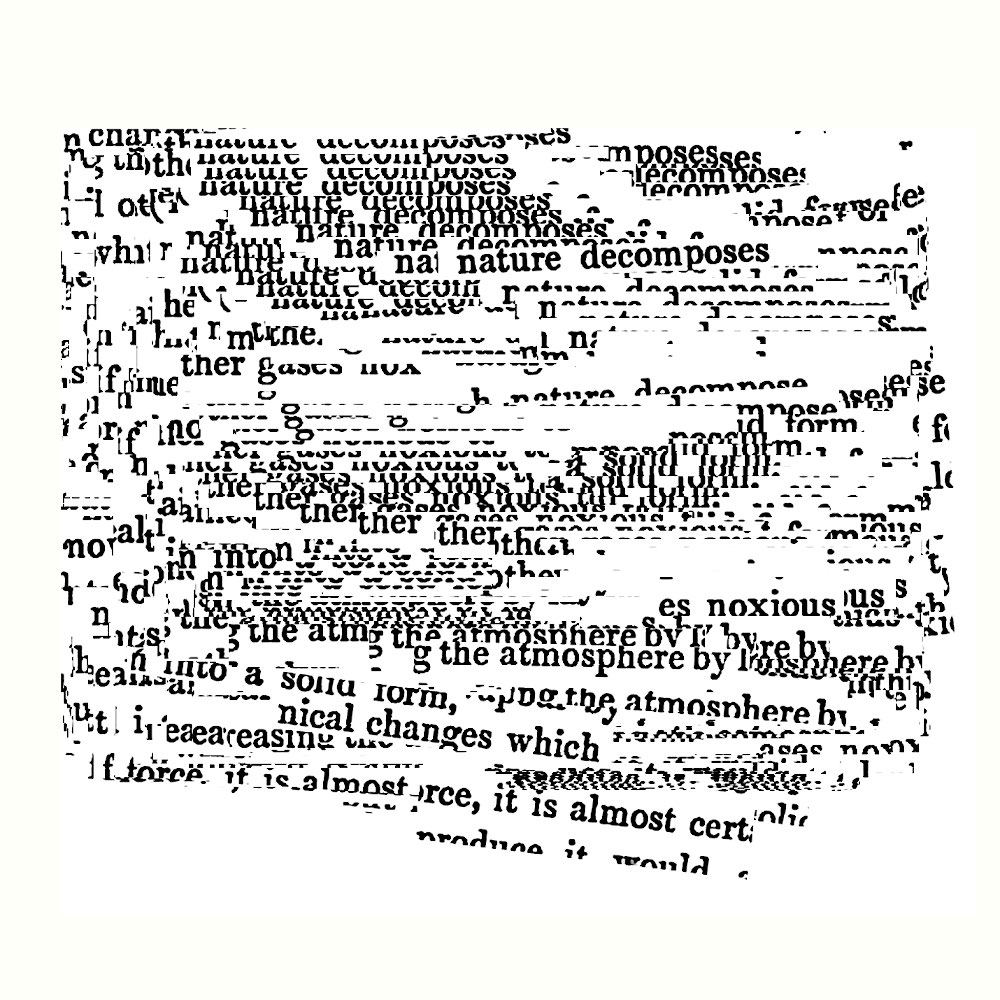 What was written about the “fertile source of moving power” bulges and disintegrates. The words of the so-called father of the computer form an endless exhaust; algorithmically generated on a computer screen.
Real-time generative concrete poetry with one page of Charles Babbage’s On the Economy of Machinery and Manufactures as input. Made with p5.js.

Jasmin Meerhoff writes essays and prose, produces computer-generated poetry and computer music (as nervousdata)—with a particular interest in the means of production of technology and its conditions of use. Her artistic practice involves analog and digital cut-up techniques and live coding environments. Jasmin studied Media Culture at Bauhaus University Weimar and was research associate at the Department Arts, Media, Philosophy at the University of Basel. She is a lecturer in the field of Media Studies and History of Technology.