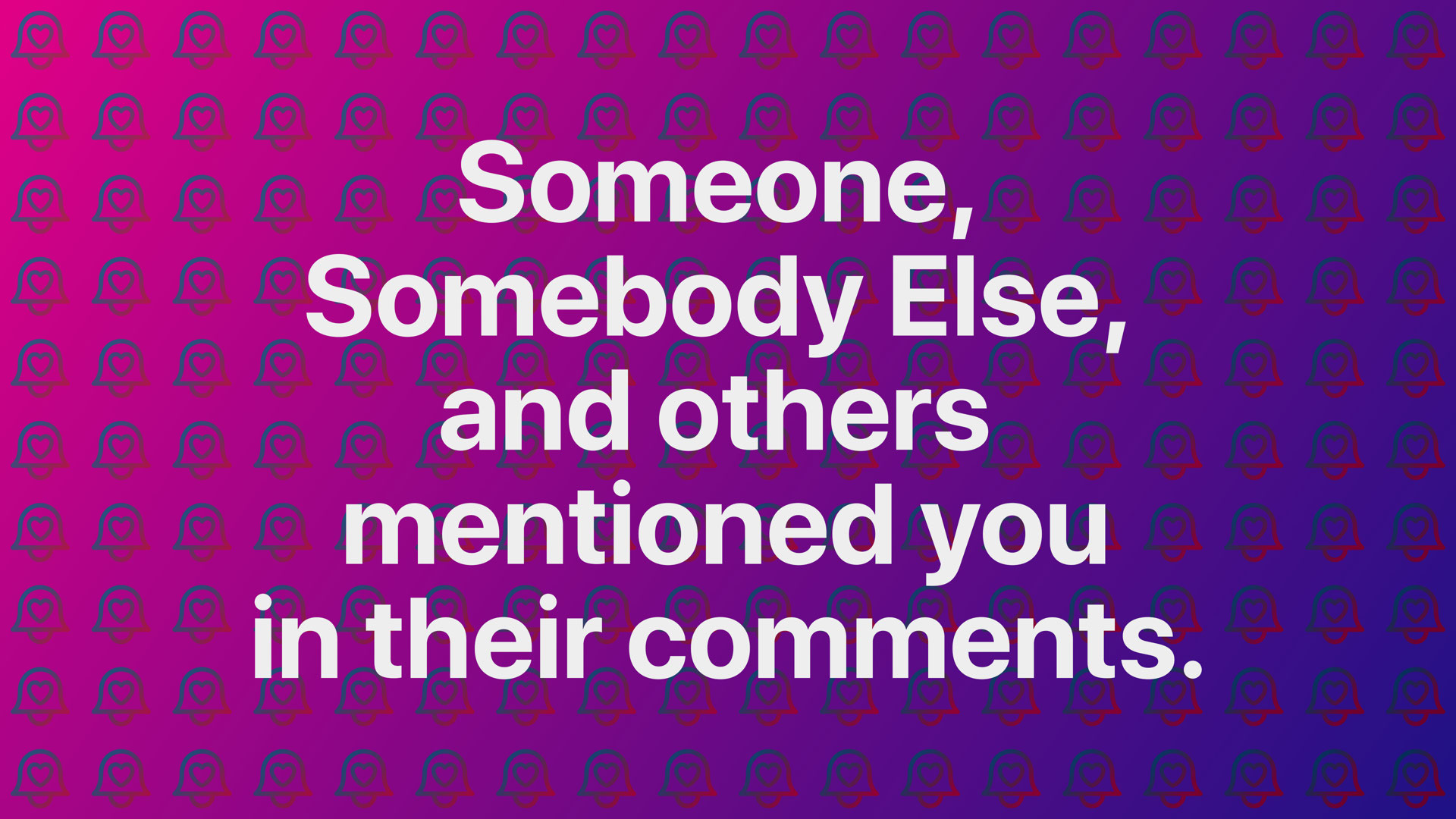 Today’s dominant social media platforms are designed to produce, above all else, user engagement. Engaged users contribute increasing amounts of data, transforming platforms from empty containers of nothing into profitable private stores of human behavior and culture. But this production doesn’t happen by itself; it requires careful engineering to craft and present the right message at the right time in a way that compels users to keep scrolling, liking, and posting. Platform Sweet Talk examines a primary tactic Silicon Valley employs to seduce its users into a one-sided relationship: notifications. Based on longitudinal research into a major platform’s notification strategy, this work presents their extensive notification language in a depersonalized form, revealing how notifications operate to encourage, manipulate, and woo users into maximal platform engagement.

Ben Grosser creates interactive experiences, machines, and systems that examine the cultural, social, and political effects of software. Recent exhibition venues include the Barbican Centre in London, Museum Kesselhaus in Berlin, Museu das Comunicações in Lisbon, and Galerie Charlot in Paris. His works have been featured in The New Yorker, Wired, The Atlantic, The Guardian, The Washington Post, El País, Libération, Süddeutsche Zeitung, and Der Spiegel. The Chicago Tribune called him the “unrivaled king of ominous gibberish.” Slate referred to his work as
“creative civil disobedience in the digital age.” Grosser’s artworks are regularly cited in books investigating the cultural effects of technology, including The Age of Surveillance Capitalism, The Metainterface, Critical Code Studies, and Technologies of Vision, as well as volumes centered on computational art practices such as Electronic Literature, The New Aesthetic and Art, and Digital Art. Grosser is an associate professor in the School of Art + Design, and co-founder of the Critical Technology Studies Lab at the National Center for Supercomputing Applications, both at the University of Illinois at Urbana-Champaign, USA.