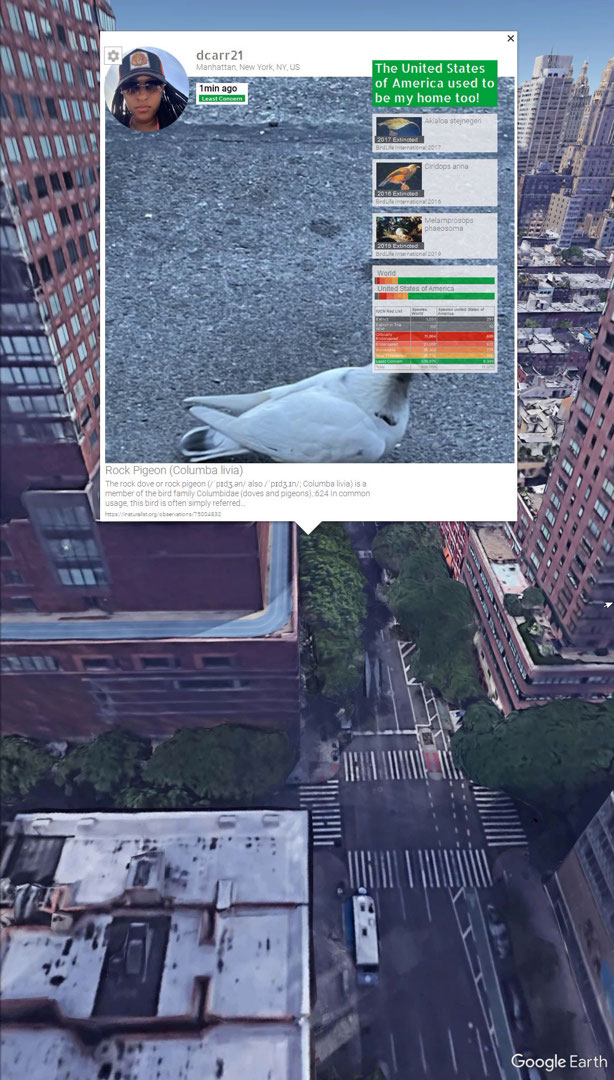 Are we living in a globalised world that is becoming more and more homogeneous? Plants, fungi and animal species are continuously decreasing. In the distant future, will only domesticated species survive? What impact does this homogenisation process have on our lives and our environment?
«Used to be my home too» addresses this global change and shows how humans have become biodiverse agents to interact with the most fundamental processes of the earth.
In this experiment you fly to the locations where observers send observations of organisms to *iNaturalist in real-time using *Google Earth. Threatened and extinct plants, fungi and animal species that are taxonomically most similar and occurred in the same country are automatically added. This data comes from *RedList.org.

Marc has exhibited in major art exhibitions including: ZKM Karlsruhe, New Museum New York, Transmediale Berlin, Ars Electronica Linz, HeK Basel, MoMA Shanghai and MMCA Seoul. Lee’s work are in private and public collections including the Federal Art Collection Switzerland and the ZKM Karlsruhe and he has won many prices and honorary mentions at international festivals, including Transmediale Berlin and Ars Electronica Linz