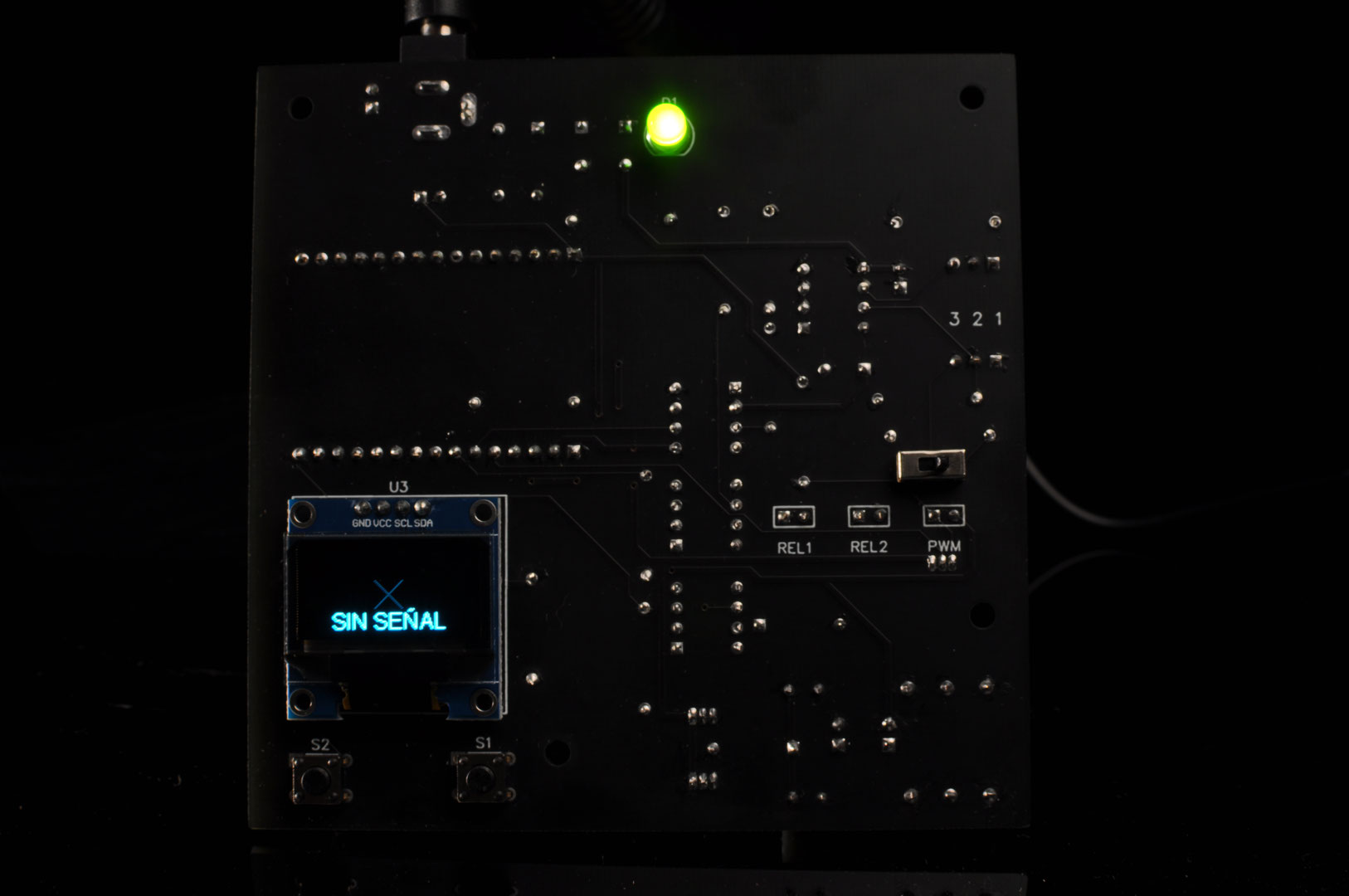 DMX to Motion is an open-hardware circuit board used to control AC motor drivers through DMX, ArtNet and/or OSC. It is being developed in Mexico City by researchers in STEAMLab at Centro de Diseño, Cine y Television and engineers at Total Show.

When using large AC motors for installations or eventswe commonly encounter that they are often controlled through Programmable Logic Controllers (PLC) connected to motor drivers. This generates a complicated experience where content creators must communicate the desired motor behaviour is to automation engineers. It also removes creative flexibility as iterating through different behaviours requires the PLC to be reprogrammed. We addressed these issues by developing a circuit board that can take inputs from protocols commonly used by artists and designers and translate them into the signals required by an AC motor driver, thus providing complete creative control over a motor’s code and it’s movement using the software tools that designers already know.
It was recently used in a projection-mapped immersive experience related to Frida Khalo’s works.

Diego Trujillo Pisanty is an artist and designer living and working in Mexico City. His work focuses on the materilaity of information ranging from its creation and interpretation to its destruction. Diego holds a Master in Arts degree from the Royal Colle of Art where he graduated from the Design Interactions progrmme in 2012. Since then ha has worked as a Research Associate in Design at Newcastle University (UK) and as a lecturer and researcher at Centro de Diseño, Cine y Television. He has also been twice awarded the Young Creators Fellowship (2013,2015) from the Mexican Fund for Culture and Arts to develop his projects This Tape Will Self-Destruct and Finding the Operator. In 2015 he was also awarded a Honourable Mention in Hybrid Art at the Prix Ars Electronica. As a researcher he has presented at ACM Designing Interactive Systems and Conference on Human Factors in Computing Systems