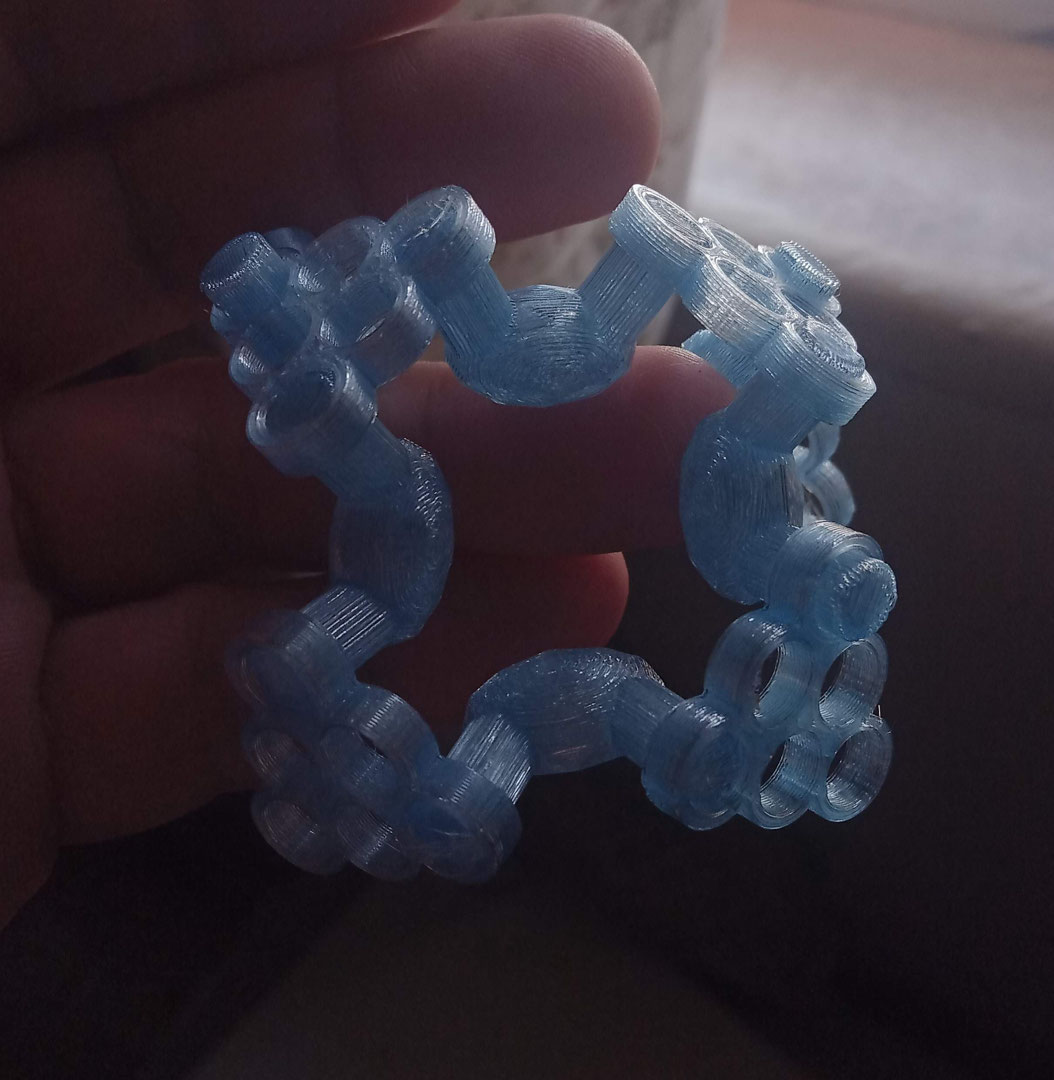 ModoriTuk is an open source constructive system for 3D printing. It can be used as a toy and can also be adapted for educational purposes.

Born in Rio de Janeiro. Also lived in Recife, Northeast of Brazil and in Campinas, countryside of state of São Paulo as a child. Artistic career begins in 1995, making collages, assemblages and integrating the independent Super-8 cinema movement that took place throughout Brazil at that time. Together with Fernando Lamanna he directed, produced and edited the film Bagagem Hermética

https://www.youtube.com/watch?v=ftNYcxx3oZA
In 1996 creates the collective NeoTao of collage and performances http://www.neotao.info together with other artists such as Filipe Espindola, Erik Thurm, Francisco Ivan Russo, Marina Reis, Rogério Borovik, Samira Br and many other artists in the movement generated by the collective’s exhibitions, from 1996 onwards.