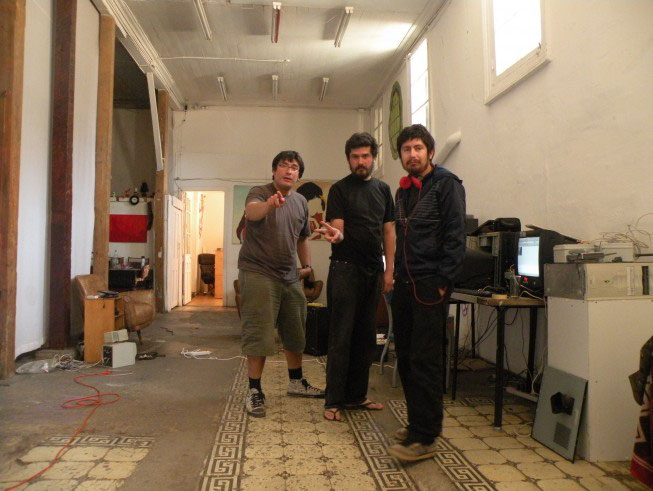 Through a jamsession with open source tools and advanced technologies such as obsolete technologies, trying to make convergences in space and time uniting realities of our area, generating unique and unrepeatable contexts associating the imaginary of pirate parrots in an abandoned ship. Venturing and recreating life messages as multimedia interventions on the WWW network, using a GNU / Linux server to transmit the sound generated from the three nodes through Jamulus and OBS to transmit visuals.

Ensamble Aleatorio is an improvisation collective dedicated to sound and visual experimentation around the practices of glitch, noise and modified circuits. Active since 2007. Formed in the context of the activations that arose in the framework of the artistic exploration space “Espacio G” in the city of Valparaiso. Sharing sound situations with projects from an incipient current of “Chilean noise”. Currently dispersed in different Latin American contexts, they continue to disrupt the official channels of communication and glitching future programmed ones. 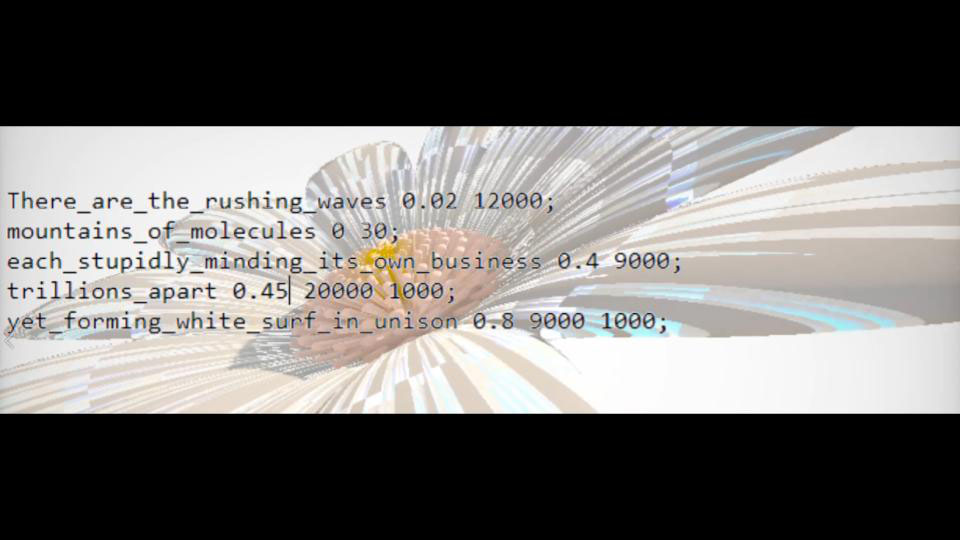 QFT (Quantum Feelings Theory) is an audiovisual project for livecoding and an open framework in which you can create your own multimedia pieces, using Quantum theory as background. Livecoding is a musical and performative technique in which the interpreter executes a series of computer codes, in order to program audiovisual resources in real-time. Even though there are predesigned programming languages and softwares usually used to develop these types of projects, QFT elaborates its own language, taken from fragments of a poem written by Richard Feynman, to control audiovisual events. 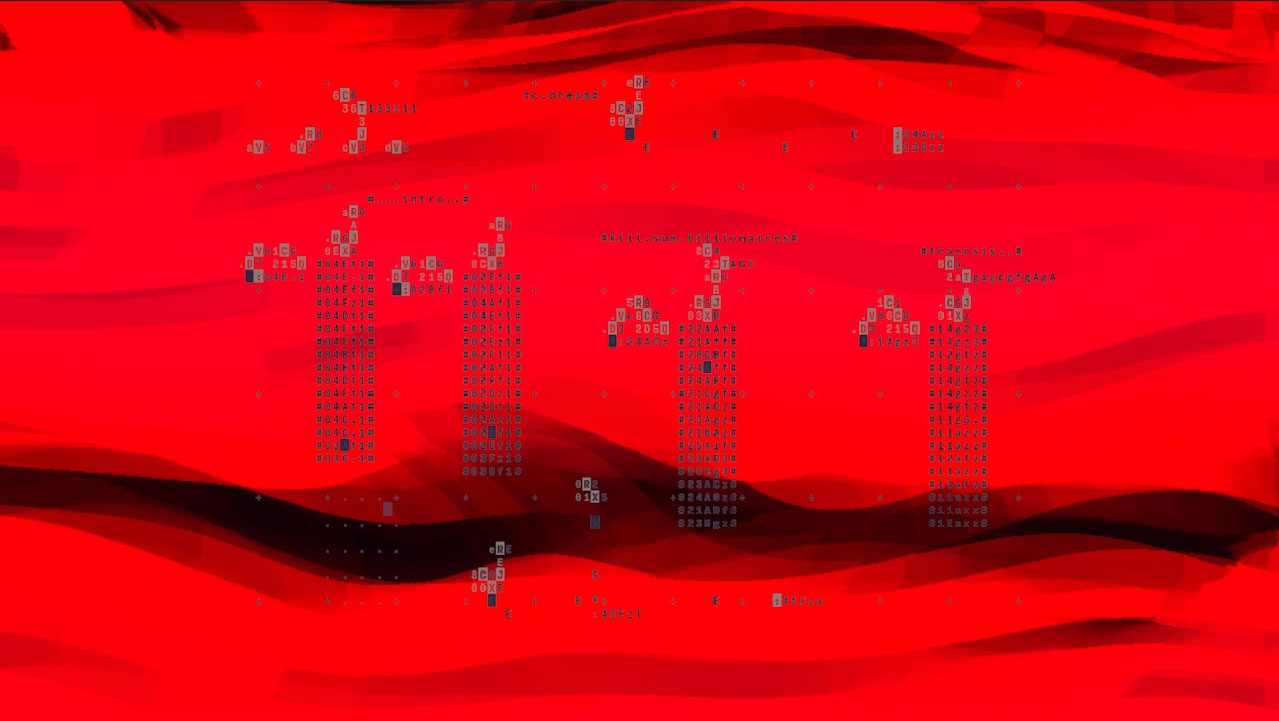 I’ll be presenting a livecoding set prepared for the festival based on samples i’ve gathered from this pandemic time.

Pulgateca co-founder, collective and platform for mediation and experimentation with obsolete resources and the U-suré Magazine, independent anthropology and social communication collective. Developer of Benkio, website for non-formal education and urban activation.
Co-Organizer at PROXY, bienniale of new media art. I’m in charge of SINESTESIA, initiative on experimentation with new digital media for interdisciplinary collective improvisation. Illustrator and composer as smosgasbord in which I experiment with bio-inspired illustration, generative art and experimental electronic music.

Tacacocodin’ is a Central American collective of audiovisual experimentation that uses different tools to generate works under the paradigm of new media / open source. Programming is a fundamental tool in the development of the collective and has led us to use different languages to generate events, socialization of tools and artistic proposals on the web. The collective is in a constant search for learning new technologies that help to expand the possibilities offered by “livecoding” as a digital artistic practice.

An A-V performance critically deconstructing perceptual psychology, psychoacoustics and A.I. Created with a range of open (and closed) software and hardware.

This piece explores, questions and deconstructs the initial encounter between a sonic creator and her audience, as mediated by a range of contextual contingencies – these including the following, which in themselves are conceived as interlinked modules of attraction and repulsion.

The central questions being asked are, “When does a good illusion become a good work of art”? and “What are the minimum criteria required in order for “music” to occur?

The work has also been informed by the observation that “music” is never a purely sonic experience. Without doubt, listening forms an important part of the encounter, yet this sensory modality exists with a rich lattice of other objects and processes. 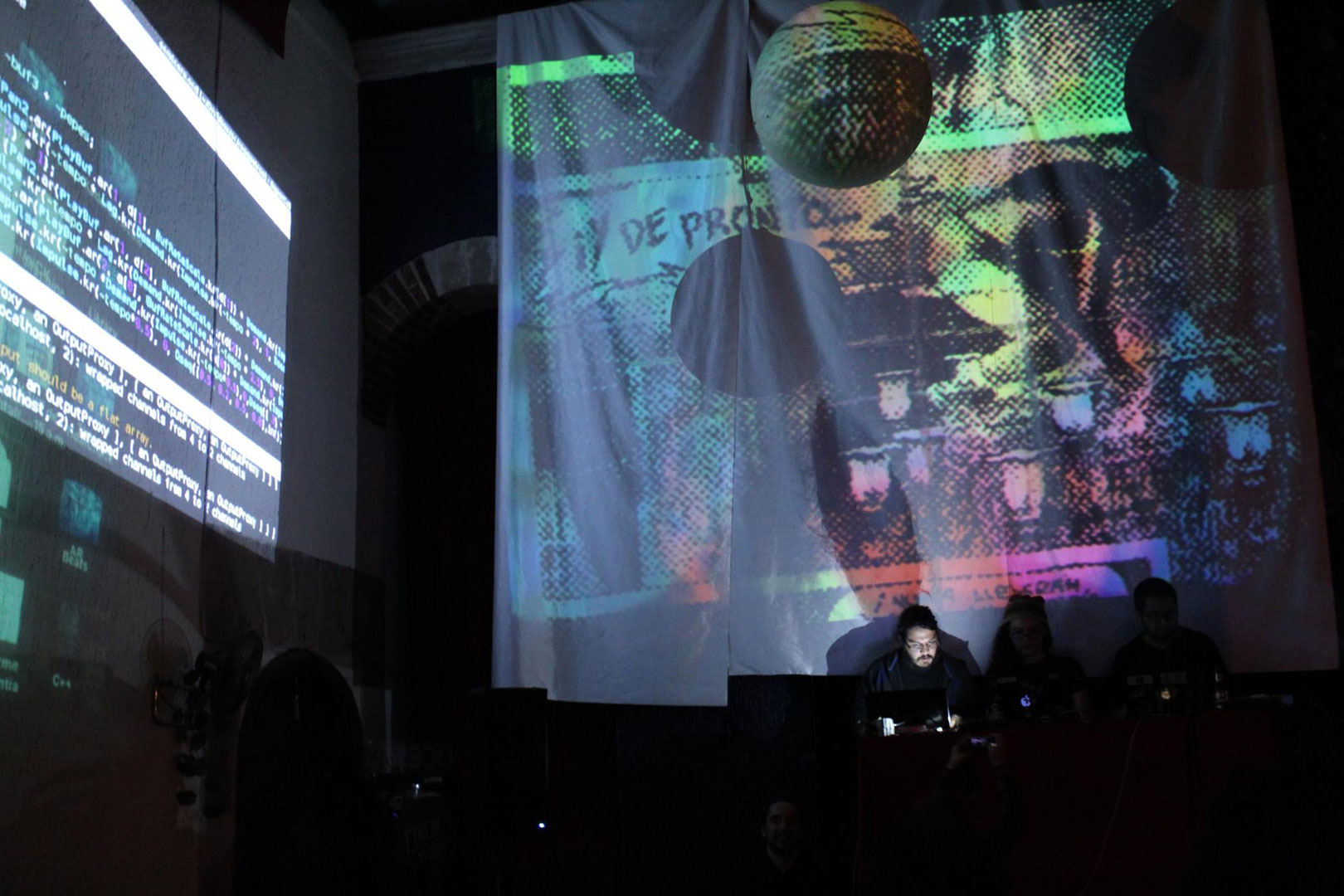 This is a multilingual live coding performance using the platform Estuary and its many languages and modalities (visual, textual, aural, etc.). In live coding practices, the programming code allows a simultaneous, double communication: the code instructs the computer what kind of operations and effects should be performed at the same time that it conveys semantic meaning that other humans can access. I am exploring the construction of meaning in multilingual coding environments and how it affects music, visuals and poetry production simultaneously.

Alejandro is a composer, live coder and sound artist from Mexico City. Some of his major interests are: time-oriented music, network art ecologies and musical/technological notational systems.
Alejandro is a PhD student at McMaster University in the department of Communications, New Media and Cultural Studies. He is interested in struggles for resistance and autonomy and artistic forms of community organisation that are emancipatory and mediated by critical perspectives like Marxism, de-colonialism, anti-fascism, and feminism. Alejandro is currently a teacher assistant (TA) in McMaster University teaching Digital Audio and New Media Arts, and a Research Assistant (RA) in the Network Imagination Laboratory (NIL) developing the online music platform Estuary. Alejandro has been awarded with the Prince Claus Mobility Fund, Sony Forward Creativity Award and the Mexican CONACYT-FONCA scholarship for post-graduate studies abroad. He has presented papers and performances in the International Conference on Live Coding in its third, fourth and fifth iteration, the Electroacoustic Music Seminar in Mexico City, participated in independent experimental music festivals and concerts like the Network Music Festival (2020), Umbral Concert Series among many others. 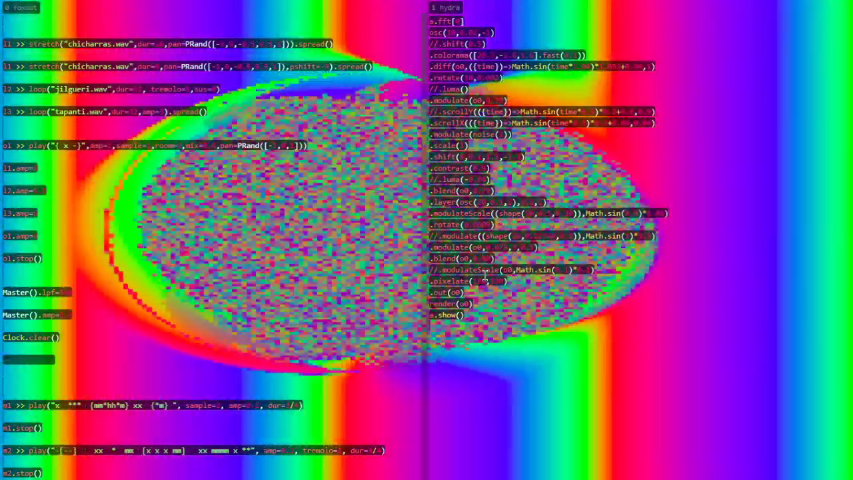 Experimental show of music and immersive visuals through livecoding or real-time audiovisual programming based on the tropical forests of Costa Rica. The presentation lasts approximately 35 minutes and is performed live.

Tacacocodin’ is a Central American collective of audiovisual experimentation that uses different tools to generate works under the paradigm of new media / open source. Programming is a fundamental tool in the development of the collective and has led us to use different languages to generate events, socialization of tools and artistic proposals on the web. The collective is in a constant search for learning new technologies that help to expand the possibilities offered by “livecoding” as a digital artistic practice. 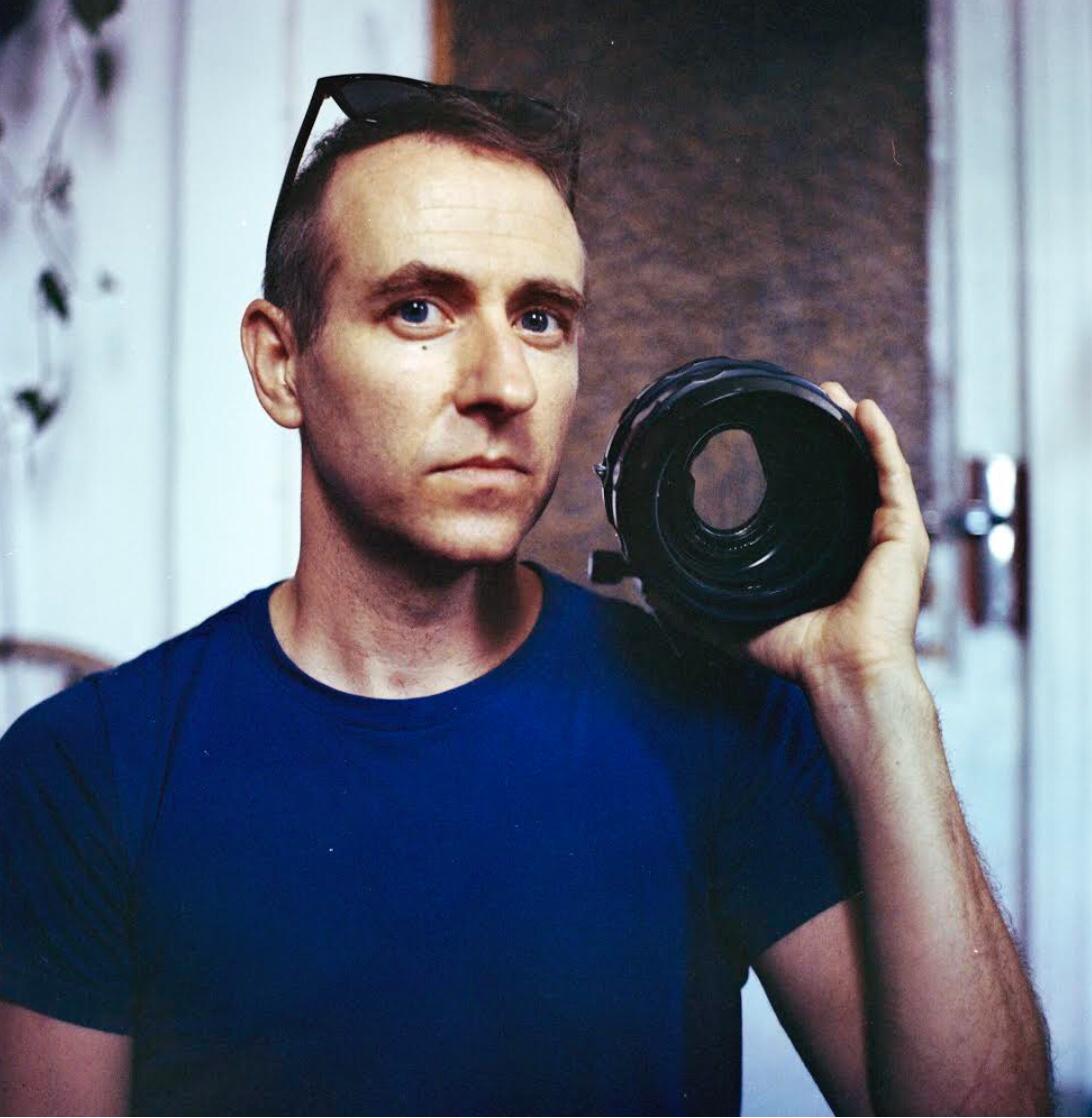 10800Pixel is an audiovisual performance utilising tapes, a hacked pixelcam and a mixing desk to create a arte povera version of expanded cinema.

Kris Limbach (born in 1978) is a sound and visual artist residing in Berlin. Although his focus is on sound, he is also exploring constantly formats and aesthetics of cinema. In his sound art work he uses film-editing techniques, prepared drums, tape manipulation, no input mixing and a vast amount of raw and processed fieldrecordings. His performances for film and tape involves live super8 manipulation and scoring, an arte povera approach to expanded cinema. His experimental feature film project “The Lost Color” premiered at IBAFF Spain and he is currently working on the last Film of his CRISIS trilogy. 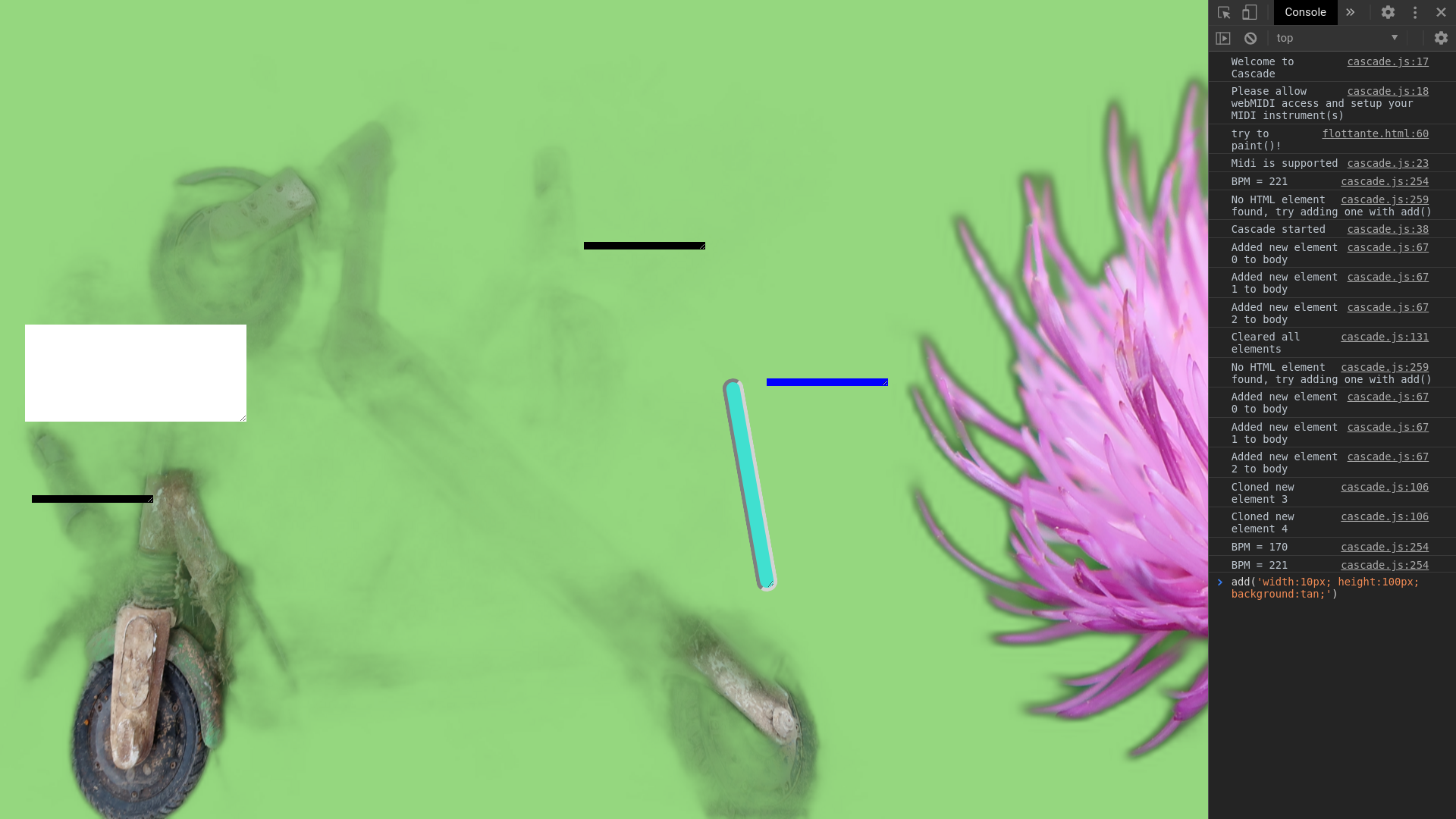 Cascade is a live-coding utility allowing to create a sound and visual language for installations and performances. Cascade turns web pages into sound, interpreting the web standard Cascading Style Sheets (CSS) into MIDI signals. It is free software, source code and documentation are available on raphaelbastide.com/cascade. 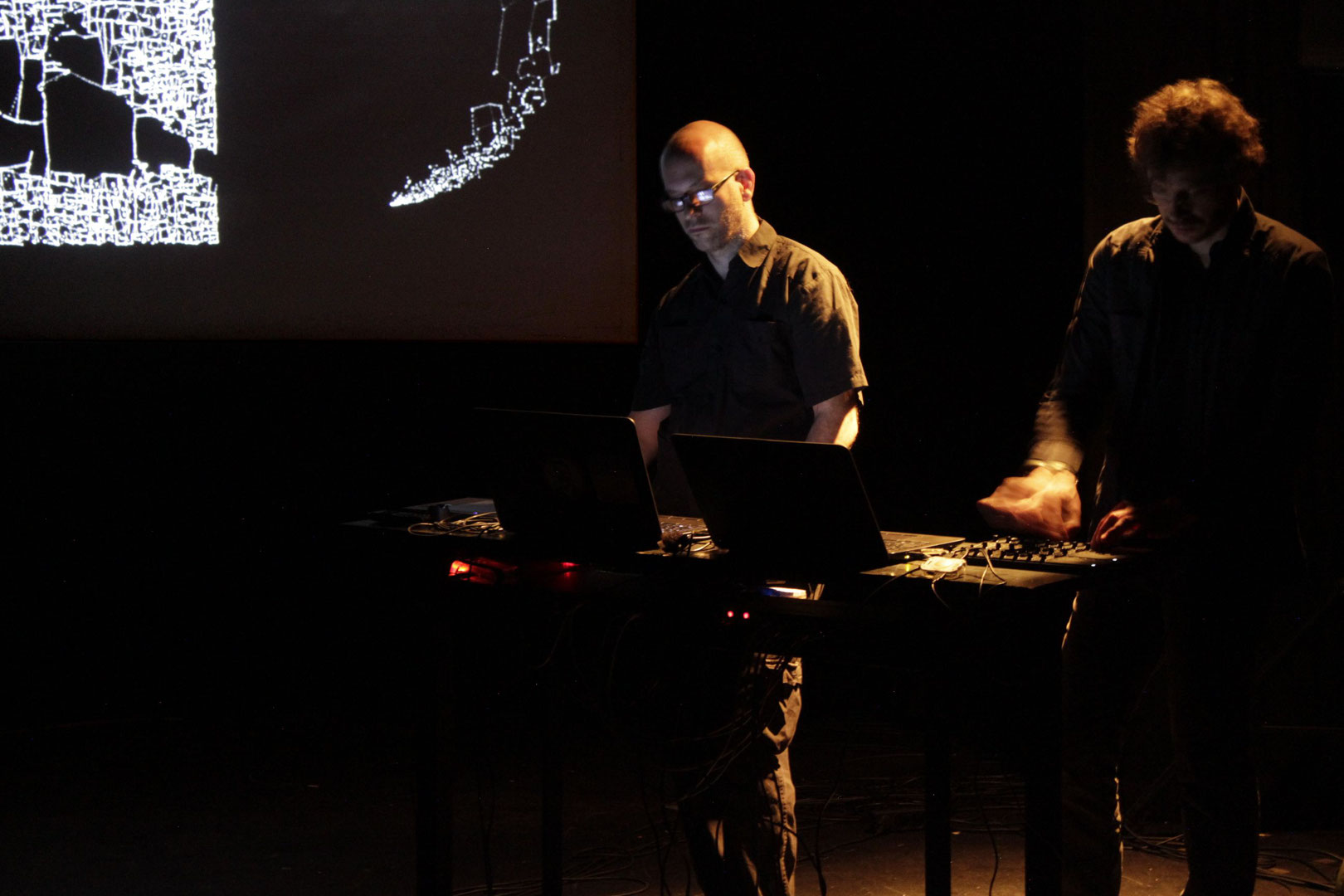 Anemone Actiniaria is an algorithmic improvisation duo consisting of Graz-based sound artists Hanns Holger Rutz and David Pirrò. Beyond a purely performative agenda, Anemone Actiniaria is also an artistic research project, aiming at subjecting the seemingly well-defined concept of algorithm to a new reading, questioning human command and machine obedience. Mutual observation and overwriting is initiated between our open source computer systems, “Wolkenpumpe” and “rattle”, rooted in physical modelling and in the generation of parametric models based on machine learning. Through the coupling of these two heterogeneous systems, an overall new behaviour arises, and the boundaries between the formerly separated systems begin to vacillate. Anemone Actiniaria have performed at several venues since its founding in 2014, including IEM Graz, BEAST FEaST Birmingham, ZKM Karlsruhe, impuls festival and academy Graz, elettroAQustica L’Aquila, xCoAx Bergamo, km28 Berlin.

Rutz’ artistic work ranges from sound and installation art to digital art, intermedia and electronic music. In all of his work, the physicality of sound and its interaction with the development and research on software and algorithms plays an important role. He is interested in the materiality of writing processes—processes where the time in which a work is written by a human or the machine is interwoven with the performance / exhibition time—and trajectories of aesthetic objects as they travel and transform across different works and different artists.

David Pirrò is a sound artist and researcher based in Graz, Austria.
His works include interactive compositions, sound installations and audiovisual pieces in which performative aspects are central. Departing from a radical inclusive point of view, he seeks ways of composing by which the work of art is constructed through mutual interaction of the agents involved in its performance. David works at the Institute of Electronic Music and Acoustics as lecturer and researcher. 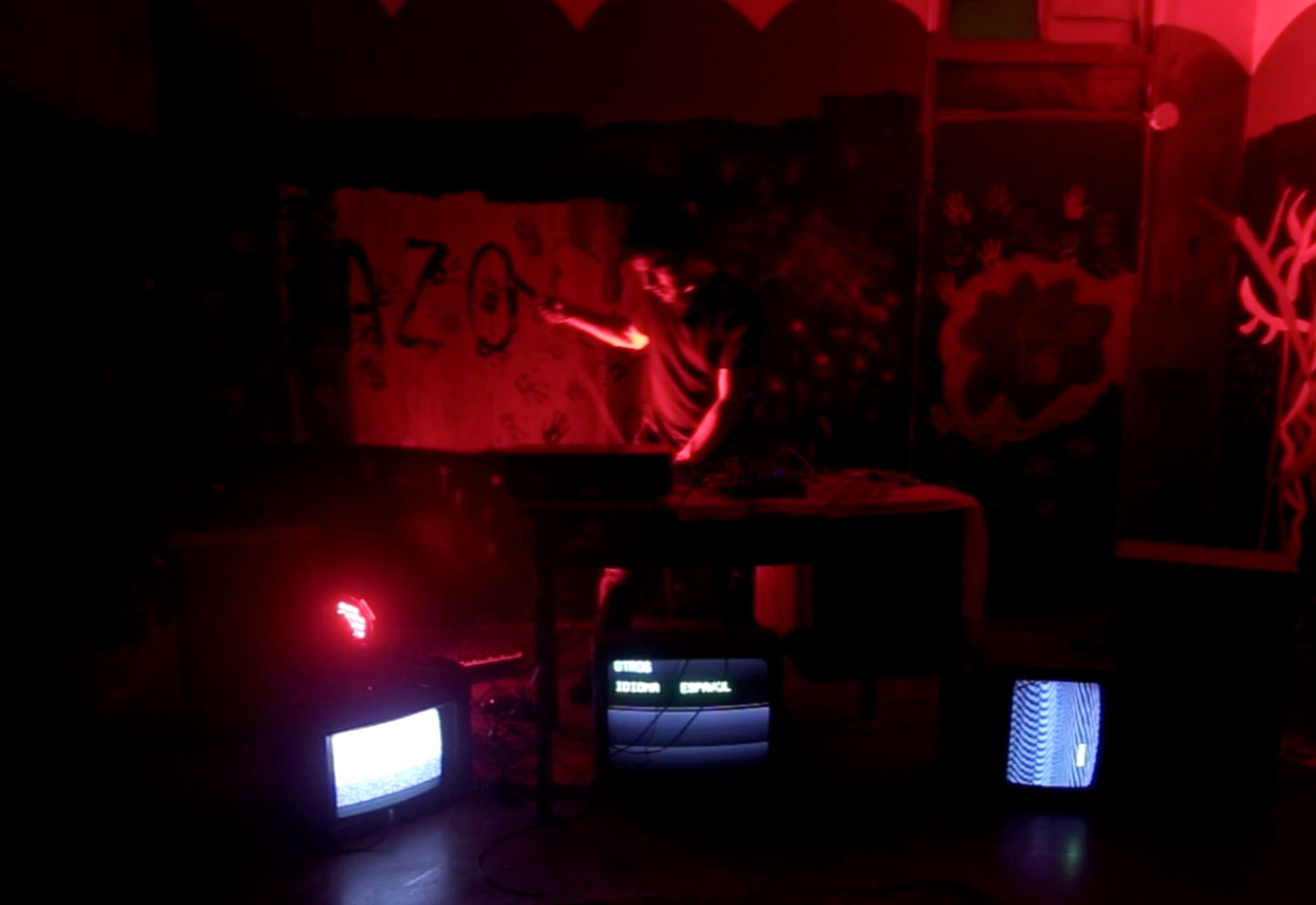 action-reaction between the murmur made into poetry, and being a voice echoing to the hemisphere of your heart, your mind in its hole reason wanders.
Your / The body has an ephemeral shape tonight, barefoot you come to see the verse being linked to a synaesthetic vice, electrical pulses that transform reception into a mutation of new echoes.