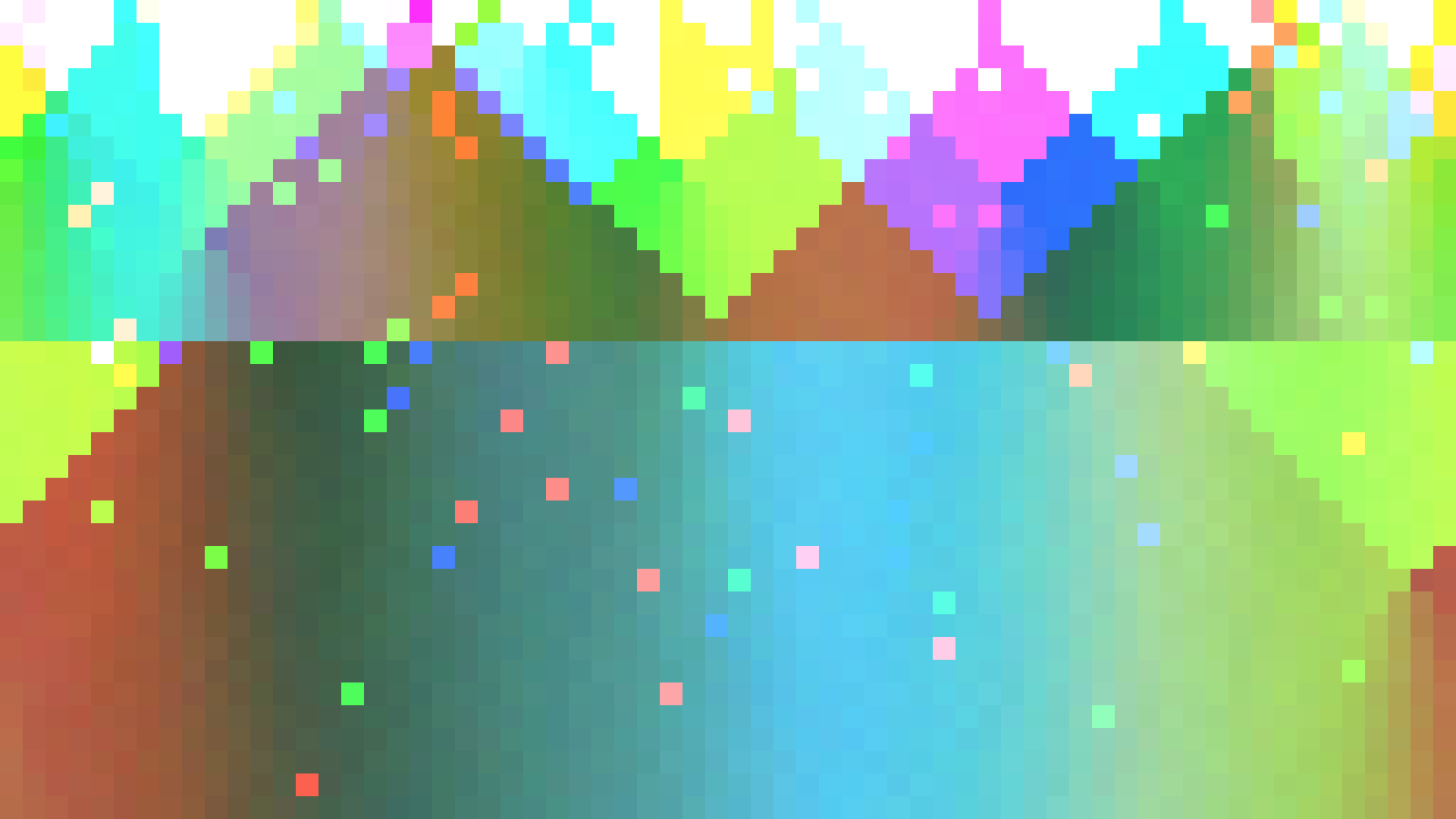 Digital technology has fundamentally altered our perception of the world we traverse. And the smartphone, through its immanent accessibility has, paradoxically, made our experience of daily life more tenuous. The camera’s re-framing of the world through re-presentation is obscured by convenience and speed: there is no distance between the taking and viewing of a picture. Our memories become drained as we futilely ‘document’ reality in a hysterical attempt to preserve it. Digital accessibility has undone our ability to appreciate what is in the moment.

In that abstract space, the cleavage between reality and representation, our project attempts to dissolve this misperception. When we look at a digital photograph, we are not viewing nor participating in reality. By design, our project emphasizes the construct of digital images by offering observers large ‘pixel-like’ constructs that appear, disappear, alter, and reappear over extended periods of time. Though the pixel is the structural basis for the digital photographic depiction, when isolated, it is in fact riven from the photographic image.

Slowing down our perception of screen images, each ‘good-for-nothing’ artwork progresses algorithmically to offer an experience that is the antithesis of conventional photographic representation. Borrowing from the language of painting we utilize the screen as a substrate or contemporary \<canvas> onto/within which an artwork plays out as an event rather than the depiction of an event.

Existing as the antithesis of the digital photo—which functions as an endless duplication of the same useless information throughout time and space—a Good-for-nothing is ever-changing. Through their dumbness, slowness, and stubborn rejection of closure they beg the viewer to engage slowly and contemplatively as they mark time while perception unfolds. Rather than concern themselves with the future, they exist only in the here and now, in a specific place and time, cleaved to a moment, and never to be seen again.

Nicholas Kersulis
Nicholas Kersulis’ practice (kersulis.com) applies systems of organization to cultural artifacts through formal devices such as montage, accretion, and erasure, and through the conventions of exhibition display and graphic design. Built into the resultant system is an implicit absurdity that questions the objectivity of the system itself—a systematic critique of systems in the form of a system. Currently Kersulis is exploring these concepts and maneuvers within the contexts of non-physical spaces. Theoretically the internet is an infinite space, but our engagement with its contents is finite and defined by our individual identity and by our physical interactions with it. Limited by these real-life, physical engagements with the ‘space’ of the internet, the limitlessness becomes an illusion.

Nathan Matteson
Nathan Matteson’s design practice (obstructures.org / skeptic.ist) is fiercely anti-disciplinary and ruthlessly collaborative. It operates on the principle that the best outcomes are the result of the worst arguments amongst the most people. As a general rule he maintains a state of displeasure, but less so when his work engages with the gaps, moments, mistakes, and fictive spaces between things. Matteson does not care what those things might be, nor what
medium, material, or mess from which they are constructed. He rejects the notion that design is able to offer solutions to problems and instead insists that problems are the output of any worthwhile design practice. He hopes to leave behind a series of interesting ones.